The BBC visited Redbourn yesterday (Thursday) to film the second series of an antique auction show.

Celebrities Stephanie Powers and Don Warrington were at Bushwood Antiques in Gaddesden Lane to hunt out items for Celebrity Antiques Road Trip.

The 20 episode series, which is produced by STV Productions, follows celebrities as they search for antiques to sell on for profit with the help of an industry expert.

Julie Collins, sales manager at the store, said: “It was absolutely brilliant.

“It couldn’t have gone any better.

“It was really interesting to watch the filming.”

During their visit to the store both celebrities brought items.

Ms Collins added: “They were both really lovely people – they were really friendly.

“Stephanie loved the surrounding. She said she might come back and visit on her own.”

In total 20 celebrity pairs will search for antiques across the UK.

Liam Keelan, controller of daytime and early peak shows at the BBC, said: “I’m delighted the audience has taken Celebrity Antiques Road Trip to its heart and made it a great success in the BBC 2 schedule.

“We’re looking forward to many more famous faces careering around the countryside in search of a profit.”

The show is due to air on BBC Two later this year. 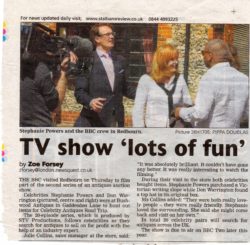 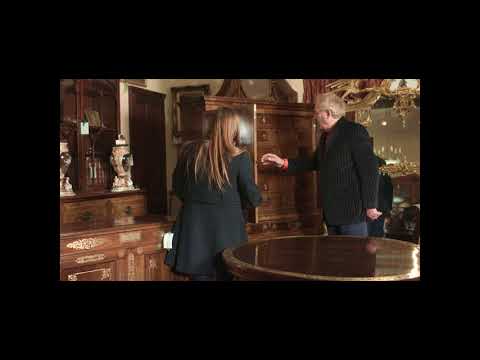 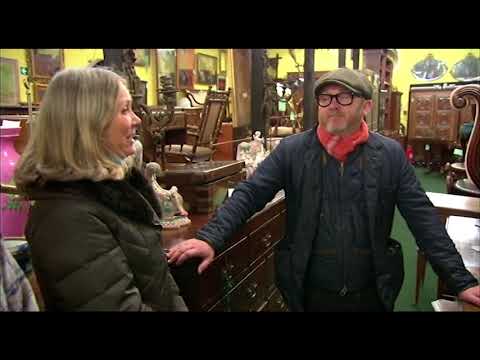